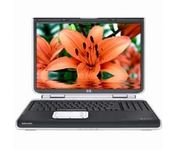 Wow, the HP Pavilion laptop I bought my wife is HOT! NO really I mean it. It’s a great laptop from all public perspectives, but it runs like lava is pumping across the motherboard. I’ve long noticed the fan noise but thought little of it. The public response from HP was that it was a “desktop replacement” machine and they have fans too, right?

I shared one of the Google Video links and she watched it on her PC (zd7260us). It ran fine but when she walked away and let the site feed videos at the laptop it got hotter and hotter (not in the way you might be thinking). Eventually the laptop shut itself down. Attempting to restart it resulted in a shutdown part of the way into the Windows boot cycle. It did boot after about 5 minutes of cool down. I spent 15 minutes in an online chat with technical support and found I should upgrade the BIOS to “cool things down.” That seemed plausible, perhaps the BIOS upgrade would improve “fan/cooling” management. So I hit the special (secret) ftp site, downloaded the updated BIOS and applied it. After rebooting I found no effect.

I put a digital cooking thermometer in the direct path of air expelled by the fan and found that if this laptop sits on a flat surface doing anything graphics intensive (watching MPEGs!?!?!), the temperature RACES up to and passed 135 F.

However, if I prop the laptop up on a stack of 3M notes and allow airflow, it stays at an even 105 degrees Fahrenheit. There’s something wrong with a computer that can’t run Windows Media Player without a stack of sticky notes, but I think that’s a conversation to be had with the Geek Squad at the local Best Buy.

Wow, that laptop is hot.